We have already reviewed one overlay (selection) analysis tool – Select By Location.  Recall, with this method, you select whole records in one layer that are spatially related in some manner (intersects, within a distance…, center is within…, etc) to another layer (Select By Location).  This method works well if you need to know “which or how many whole features in the CoverType layer are intersected by any of the features in the Streams layer?” or “what or how many whole line segments are within 50’of one of the nesting sites?” or any of the thousands of questions relating to “What is on top of what”.  However, since Select By Location selects whole features, you are NOT able to answer the “how much area is within the 50′ buffer?” or “how many linear feet of our interior road system are within a SMZ?” or the thousands of other questions relating to “HOW MUCH” with this approach.

The following examples show the results of various topological overlays of the ‘input’ and ‘overlay’ layers shown below. The input layer is a polygon landcover with the CoverType, Acres, and abbr attributes. The overlay layer is a proposed sale boundary with two polygons and the following attributes: Acres, SaleArea, UnitPrice, and Owner. 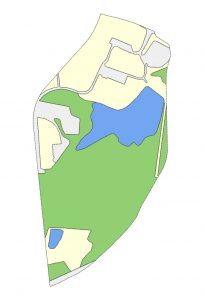 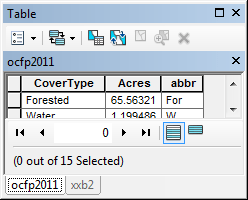 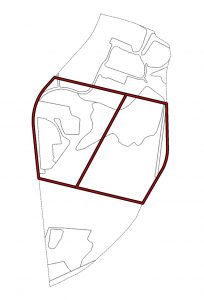 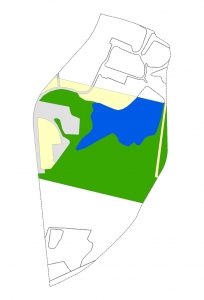 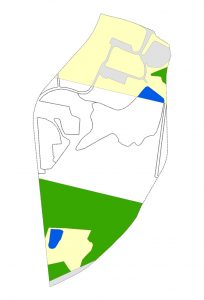 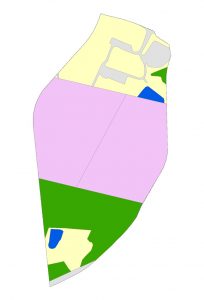 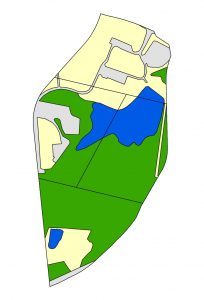 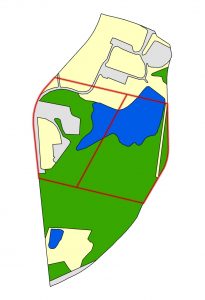 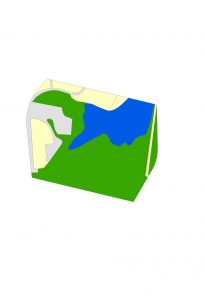 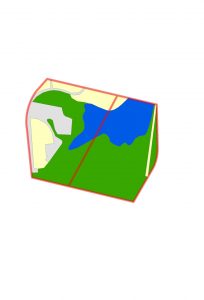 Quick Review of Attribute and Spatial Queries (How many records satisfy)… 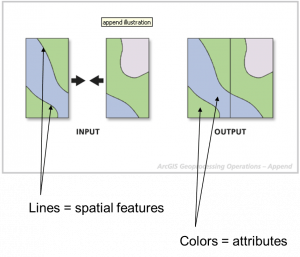 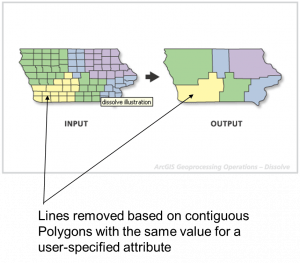 Many times, operations such as the dissolve command result in multipart features. A multipart feature is a geographic object that is made up of non-contiguous features (points, lines, or polygons) but is considered as one record (has only 1 record) by the software. For example, the state of Hawaii could be considered a multipart feature because its separate geographic parts are classified as a single state. Visually, this layer would appear to have many polygons. However, it would only have one record in the attribute table.

Putting it all together…

To actually do a spatial analysis, we typically need to use multiple spatial operations, for example

Before performing a spatial analysis, you must:

Break the analysis up into input > process > output and repeat if necessary.

How many acres of each landcover type do we spare if we can’t harvest within 200’ of a river?