NOTE: Pan/Zoom to your flight area (in this example, the Florida panhandle), then click the link in the upper-right to load the region’s sectional (see screenshots below). Click the “World VFR” button to switch back to the seamless US map.

Areas established for security or other reasons associated with national welfare. These sites include Disney World, Naval stations, Presidential homes, NASA facilities, etc. You are never allowed to fly into these areas.

Prohibited area enclosed with a blue comb and designated with a “P-“ label.  See SPECIAL USE AIRSPACE… in map collar for SUA information.

Restricted areas are enclosed with a blue comb and are designated with a “R-“ label. 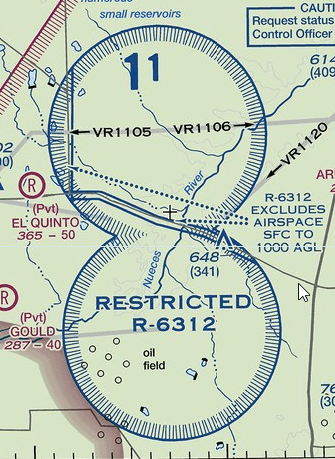 These areas extend from three nautical miles outward from the US coast that contain activity that may be hazardous to nonparticipating aircraft. Their purpose is to warn nonparticipating pilots of the potential danger. These sites may include military jets performing high-speed aerobatic maneuvers at various altitudes, air-to-surface or surface engagements with different types of ammo, or electronic attack equipment which could affect your aircraft. You can fly in a warning area, but fly with caution.

Warning areas are enclosed with a blue comb and are designated with a “W-“ label. 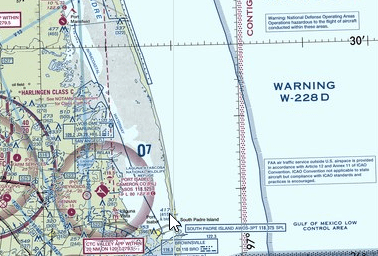 MOAs are designed to separate certain military training activities from other air traffic. Activities might include air combat tactics, air intercepts, aerobatics, formation training, and low-altitude tactics. You may fly in a MOA, but you must exercise extreme caution.

MOAs are denoted with a magenta comb and labeled with <Name… MOA>. See the SUA section in the map collar for more information.

Airspace designed to inform pilots an area may contain high volume of pilot training or an unusual type of aerial activity. You may fly in an alert area, yet you should operate with caution.

Alert areas are shown with a magenta comb and labeled with “A-“. See the SUA section in the map collar for more information. 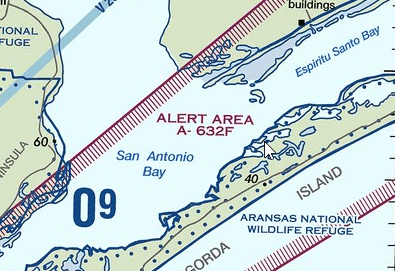 (These are the grey, straight lines you see on a sectional)  Military Training Routes are divided into Instrument Routes (IR), and Visual Routes (VR). Each route is identified by either of these two letters, followed by either four digits for routes below 1,500 feet above ground level, or three digits for routes extending for at least one leg above 1,500 ft AGL. (i.e., VR-1056). The difference between the IR and VR routes is that IR routes are flown under Air Traffic Control, while VR routes are not.